Keeping the amateur editing gig to two zines this year. Last year I edited or co-edited four little journals. Enjoy it though I did, in 2017 it will be just ZineWest and Mihaela Cristescu’s next anthology: “On the Wallaby Track”. 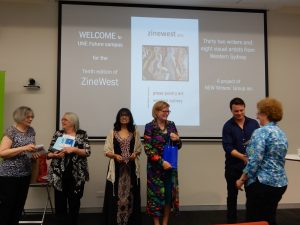 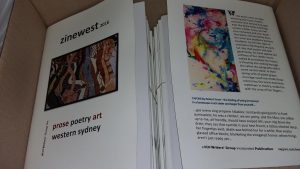 Every ZW looks a bit different despite sticking to a basic A5 white cover. Front image by Geoff Sellman and back cover by Robert Frost 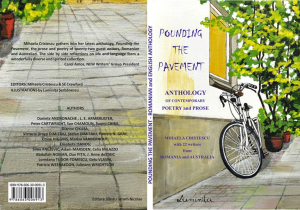 Co-edited the first of Mihaela Cristescu’s anthologies to include a strong line up of Australians writing in English. Love Luminita Serbanescu’s artwork.

Also in 2016 I helped a friend self-publish an anthology (which sold out) and finally, I played back-up for the editor of NWG’s financial members’ anthology.