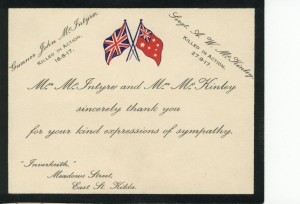 We were standing up the hill near the Premier Cruz and a Frenchman was overlooking the valley. In his school English and our school French we began a conversation. He described how his grandfather tilled the valley below with horse and furrow until he began to look like son cheval. We laughed and then he said, pointing “Il reste”. And that was when my French utterly failed me. How could I tell him that somewhere near Ypres my grandfather and his brother-in-law also rested in French soil, their names written on walls in France and in Canberra. I have never worried for their remains. Safe in French soil just like the vigneron who plied his horse.