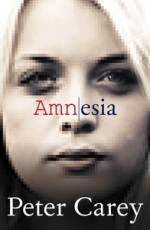 I don’t subscribe to the on-line Australian and the article I wanted to post in FB  by Stephen Romei interviewing Carey (Oct 4-5, 2014)  is for “subscribers only”. So back to the dark ages for a few typed out quotes from a print broadsheet:

“Australia is my lens, I cannot see the world any other way..”

(Referring to his book Parrot and Olivier in America, 2010:
“That book is of course about America – but it’s seen from the outside, from looking in and wondering why it’s so weird. I know an American couldn’t have written it, and I don’t think a French person could have written it. It’s an Australian book.”

Regarding whether non-Australians will recognise the historical characters in his latest novel Amnesia about hacking and the relationship between America and Australia, which references Pine Gap and the Whitlam dismissal:
“.. if you’re reading 19th century fiction then it wasn’t written for you. Yet we read it happily enough. I think if a novel has some sort of integrity and has a story and characters, people will deal with all of that stuff. When I wrote the Kelly Gang my friends in Australia were staggered by the idea that anyone outside the country would be the tiniest bit interested…”

And my favourite quote about British or American authors  not making their texts easier for foreign readers:
“I mean, we didn’t know what a levee is, but we found out. They took the Chevy to the levee and they didn’t give us footnotes, and we didn’t want them; we were ok.”

The Penguin website can give you information about Amnesia.